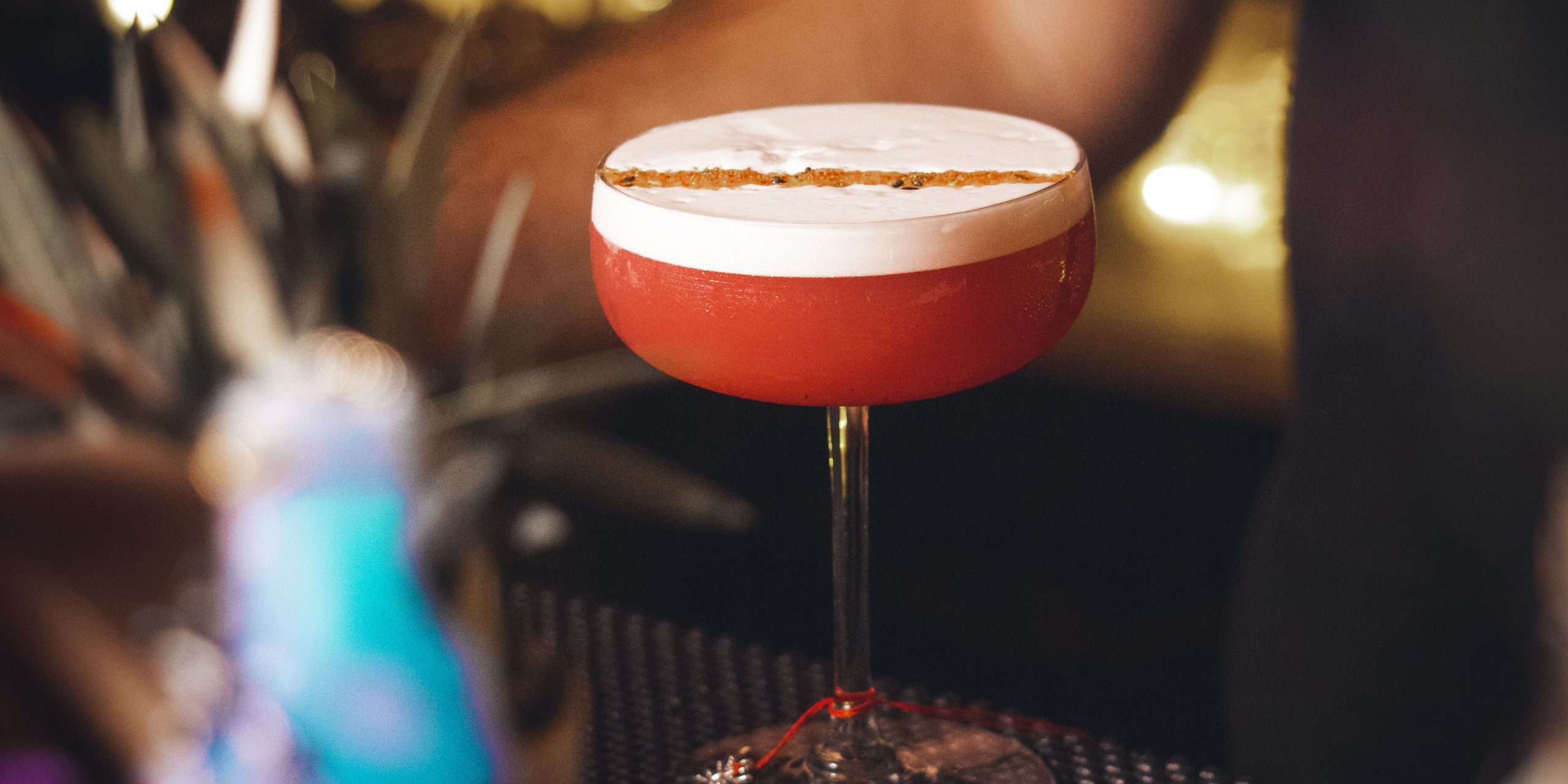 Say goodbye to egg white and hello to three amazing vegan alternatives for egg white in cocktails that can make your drinks as foamy and delicious as their non-vegan cousins.

Who doesn’t love a good, foamy cocktail? Most of us do, but it can be a struggle to find that iconic looking, mouth-feel centred experience for people that don’t engage with animal products, namely: vegans.

But as food culture has shifted towards being more vegan friendly, so too has cocktail culture, with a range of alternatives for egg white. Many of these alternatives are considered to be even better than the classic eggy addition that has dominated cocktail culture since it first appeared in a cocktail recipe in 1862.

Below are three vegan alternatives for egg white in cocktails that you can get today for your bar or home bar to keep your vegan drinkers happy and cut out the egg!

Aquafaba, aka bean juice or bean brine, is probably the most well known of the alternatives to egg white. It is the liquid that you’ll find in a can of chickpeas, and is effectively a soup of water with chickpea infused into it during cooking.

While it might not sound super appealing, it’s a fantastic alternative to egg white, not only in cocktails but in cooking also, for things like meringues.

The goal with creating a foam is to trap bubbles of air in between water molecules. Aquafaba does a great job of this because it contains particular proteins known as albumins and globulins, also found in egg whites, which help to trap the tiny bubbles of air produced by shaking a cocktail.

Chickpeas are a legume, and vegans will attest to legume’s protein-replacing properties in vegan diets. These proteins are present in many different species of legume, which means chickpeas aren’t the only option, they’re just the preferred bean.

Interestingly we’ve tested out using different legumes’ aquafaba to see which one created the best foam. We found that the star of the show was actually black beans. The foam black beans created was so silky and smooth, and it coloured the drink (a whiskey sour) purple, which was an extra touch of style that you may or may not want in your drinks.

Regardless, aquafaba is easy to source and affordable for most cocktail makers, especially if you’re using the beans for something else like hummus or chilli. Check out the best aquafaba cocktail that we’ve ever seen made at La Santoria Madrid, which is a fully vegan cocktail bar in the capital of Spain.

Note: depending on the aquafaba you use you will achieve different levels of foaminess and also varying degrees of additional flavour. The better the beans, the better the foam and neutrality of the flavour, so play around with different brands and beans until you find the best for you!

Before aquafaba was found as an alternative for foams, there were a few (not so good) replacements on the market for vegans. Most of those have faded into obscurity now, however there’s one product that recently dropped into the market that has perfected the work of its predecessors – Foamee!

Foamee is a foaming agent made from natural products that has been created specifically for cocktails (and sauces apparently but that’s not what we’re interested in). It’s designed to be highly effective with just 3-4 drops in a cocktail and have absolutely no extra flavour, which aquafaba and egg white can both be guilty of.

While its recipe is a trade secret we do know that it is entirely vegan friendly, gluten free, peanut free and non-GMO. Many cocktail lovers swear by it and it’s becoming more and more common to see it in bars around the world, along with other brands of foaming agents competing for market share.

Its popularity in bars is partly due to its vegan friendly composition, but also due to its cost effectiveness. Their website claims that a 100ml bottle can make over 600 cocktails, with a foam that last up to three hours. You can see why some people prefer store-bought products like Foamee over homemade solutions. Egg whites eat your heart out.

While it might not be as easy to source as aquafaba, it’s certainly worth the wait if you order online or worth the trip to your local exotic foods shop.

Methylcellulose has recently become a very popular ingredient for the molecular mixologists and modern alchemists of the contemporary cocktail world.

It’s an interesting chemical that’s derived from natural cellulose, and works perfectly for foams without adding any flavours. It comes in a powder form and reacts interestingly with heat when dissolved in water, turning into a gel when hot and a liquid when cold. Recently the trend has been to use Methylcellulose in what are known as ‘Sour Syrups’.

Sour Syrups combine Methylcellulose with water and sugar to create a sugar syrup that also adds foam to your cocktails whenever it’s used. It’s made by blending up the Methylcellulose with cold water, then hot water before cooling it down and adding sugar. If you want a full recipe you can check out this PUNCH article for a full run-through.

This process lets you really stretch out your foam making capabilities and get the most out of your Methylcellulose. Alternatively you can just add 1-2 barspoons of the powder into a drink and shake it hard for that iconic foam we all know and love.