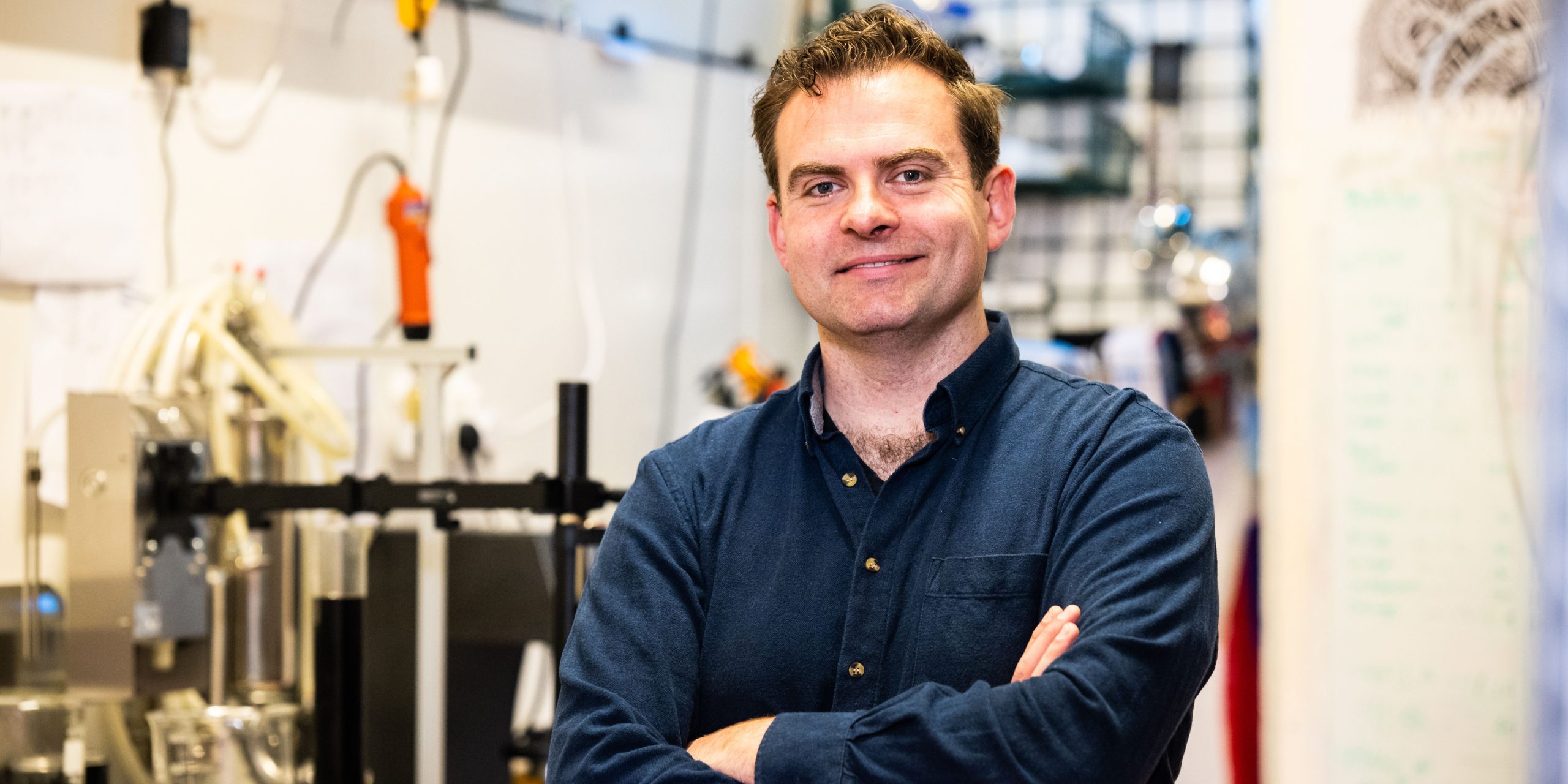 Bitters are the most slept-on of the cocktail ingredients. With so many other parts of the drinks industry booming, why is it so rare to see bitters getting much press, or new brands bursting onto the market? Jarrod Cuffe, co-founder of Off The Cuffe Bitters has the answers.

Bitters: the salt and pepper of the cocktail industry.

Bitters have played a role in cocktails since the Golden Age, and are now more prolific than ever in this post-renaissance cocktail era that we’re living in.

But bitters, unlike their spirits, syrups, liqueurs and ice counterparts, don’t get so much attention. On both a national level here in Ireland and a global level, bitters are often seen as somewhat of an afterthought.

Many bartenders seem to think of them as such: “It’s not important which you use, it’s just important that you use them”.

And with one major brand dominating the bitters market, the notorious Angostura bitters, it can be difficult to see past them into the more craft-focused bitters industry.

We sat down with Jarrod Cuffe, co-founder of Off The Cuffe Bitters, Ireland’s first bitters producer, to get his uniquely knowledgeable take on the bitters industry.

Bitters are some of the oldest forms of spirit in the world. As many producers will tell you, bitters were originally a form of medicine, used to cure all sorts of ailments (although usually stomach problems).

The category was most popular in the 1800s – early 1900s, before the dawn of modern medicine relegated them to use as a bittering agent and cocktail seasoning. But according to Jarrod, even before their medicinal use they served one very important function: masking the taste of alcohol.

“Bitters have got a huge place in terms of drinks history. There’s loads of different categories that have been forgotten in the annals of time. You have to remember where they came from, how they came about, the medicinal history of alcohol and the rough nature of original alcohol was such that you really had to hide that stuff under the deep dark carpet.

A Bitters Designed For Irish Spirits

Nowadays there are many different bitters brands on the market, each with their own special design. For Off The Cuffe, Jarrod and his team had one thing in mind: filling a gap in the market and creating a product that would compliment the spirit of Ireland.

“Where OTC came from in terms of bitter flavour combinations and creations there was zero application of medicinal knowledge. We thought, ‘Let’s focus on the flavour, let’s focus on the liquid that’s coming out of Ireland, let’s make something that’s going to pair up perfectly with whiskey’.

It’s gotta be soft and delicate, it’s gotta be careful and measured. It’s why we use Newmake in its creation, because it’s got all those lovely sweet malty flavours that you get in the whiskey. All of the botanical elements are all targeted at certain flavour profiles of Irish gin, or whiskey or poitin. They’re why we created it. You know, nobody was doing it.

Once the flagship flavours were created and on the market, it was time for the Off The Cuffe team to start experimenting with new concoctions, like a bitters specifically made for Irish Coffee or a spirit that was the precursor to Irish whiskey.

“What you have to first and foremost do is not take it personally. What you have to remember also is that the company of Angostura is at least 5 to 10 generations old. Any company that’s been around for that amount of time… you’re always gonna come up against that.

They’ve been around 200 years, they’ve earned the right to be the market leader. They survived Prohibition; they were 1 of 500 brands that were comfortably in circulation in the US before Prohibition. They were the only ones that retained circulation through and immediately thereafter in the States.”

The important thing, according to Jarrod, when there’s a brand like Angostura that so thoroughly dominates the market, is to play to your strengths.

“Fundamentally Angostura is made from rum and it works best with rum. I’m not going to pretend that our bitters are the best rum bitters in the world because I can’t possibly agree with that. They are however the only bitters that are made with Irish Whiskey. A few dashes in some Natterjack whiskey make a €30 bottle taste like a €60 bottle, I definitely want that. Are you gonna use them with your Jameson Original? Absolutely.”

Why Aren’t Bitters As Highly Regarded As Spirits?

Bitters are a strange category in the Irish spirits market. While their importance is well understood by many bartenders, the attention they receive, the ways they are used and the diversity of the bitters market is surprisingly low.

“There’s not enough focus on it. It’s largely from a lack of culture behind it. Any of the countries that use a lot of bitters, America, Italy, France, it’s all there in high numbers because it’s cultural. In Australia as well, you can’t walk into a cafe, bar, pub or restaurant without seeing a Lemon, Lime and Bitters.

It’s about telling the story and showing people what bitters can do and how they work and how they need to use them and how they can’t live without them, which is a long conversation seeing as most Irish people think sticking anything in your whiskey is heretical.”

The Bitters Revolution Is Right Around The Corner

But there are blue skies ahead for bitters, says Jarrod. Not just in Ireland, but around the world the focus on the products outside of the usual spirits and liqueurs, is shifting towards everything else that goes into a great drink. Like bitters!

“As people look to turn up the quality of their beverages across the board they look at all of the elements that go into it. Ice was a really obvious place for people to expand the quality of their drinks, sexy ice, does it make a difference? Hell yeah. Next up is bitters.

Bitters are a great way of upping that flavour dosage of the fresh sensation. For example, our Marmalade Bitters in with a Gin and Tonic, you don’t need any citrus in there with it, it makes it feel like it’s already there. That’s what you want, you wanna be able to have those little extra flavour pops, on demand. I’d love to see a place stick a selection tray of bitters on every table, just like you see salt and pepper.

They should be in every drink on every menu. But you have to know what you’re doing in order to do it. Disseminating that information has been a challenge because it’s culturally not something that has existed in Ireland so you have to go through that education piece for everybody. You have to tell that story: what bitters are, how you use them, why you use them… it’s seasoning for your beverages.”

Homemade Bitters – Where Failure Is A Part Of The Process

Speaking from personal experience, making bitters is great craic. But rarely successful. If you’re keen to experiment, you should definitely try it! Just know that what you make probably won’t taste good on the first go.

“Making bitters isn’t complicated. Making bitters taste nice is a challenge. Can you make them? Yes you can. I thoroughly encourage people to try. Finding and sourcing the right ingredients and a good quality ingredient can be a challenge. If you’ve got something available to you, use it! If you don’t, buy mine!

Should you do it individually as a bartender? Hell yes! Should you have it in your personal press, absolutely. If anyone wants any tips or pointers, come look me up, I love talking shop.”

The Future Of Off The Cuffe

After a tough couple of years weathering the storm of the pandemic, Jarrod and Off The Cuffe have their eyes on the future and their fingers on the pulse of what’s trending

“Fundamentally the best thing we could do is get our products available in the US of A. There’s a huge Irish Diaspora out there, there’s a huge Irish whiskey following out there. We’ve gotta build it up in Ireland first so that we have enough operational funds.

The big thing for us is wanting to put together some RTDs, that’s a thing we’ve started working on. The Aqua Vitae drink with honey ginger and lemon, I love it. They’re a real firm step in the right direction for us. Bitters are always going to be difficult enough because there’s 60 portions in a bottle. How long is it going to take you to get through 60 beverages? It’s really about diversifying our portfolio into spaces that have some high volume numbers. I couldn’t have started on RTD’s 6 years ago without the bitters forming our base.”

What To Try From The Off The Cuffe Range

Off The Cuffe has an amazing range of flavours to choose from. But if you’re going to pick one, here’s Jarrod’s suggestion.

“The product that we launched in time for Halloween last year is the Barmbrack bitters. They are the taste of an Irish Halloween. They’re spicy and warm. They’re perfectly balanced to go in Old Fashioneds. They’re nice and lively but just still soft and delicate, they work so well with our local spirit. I’m not meant to have any favourite children but that’s it.”