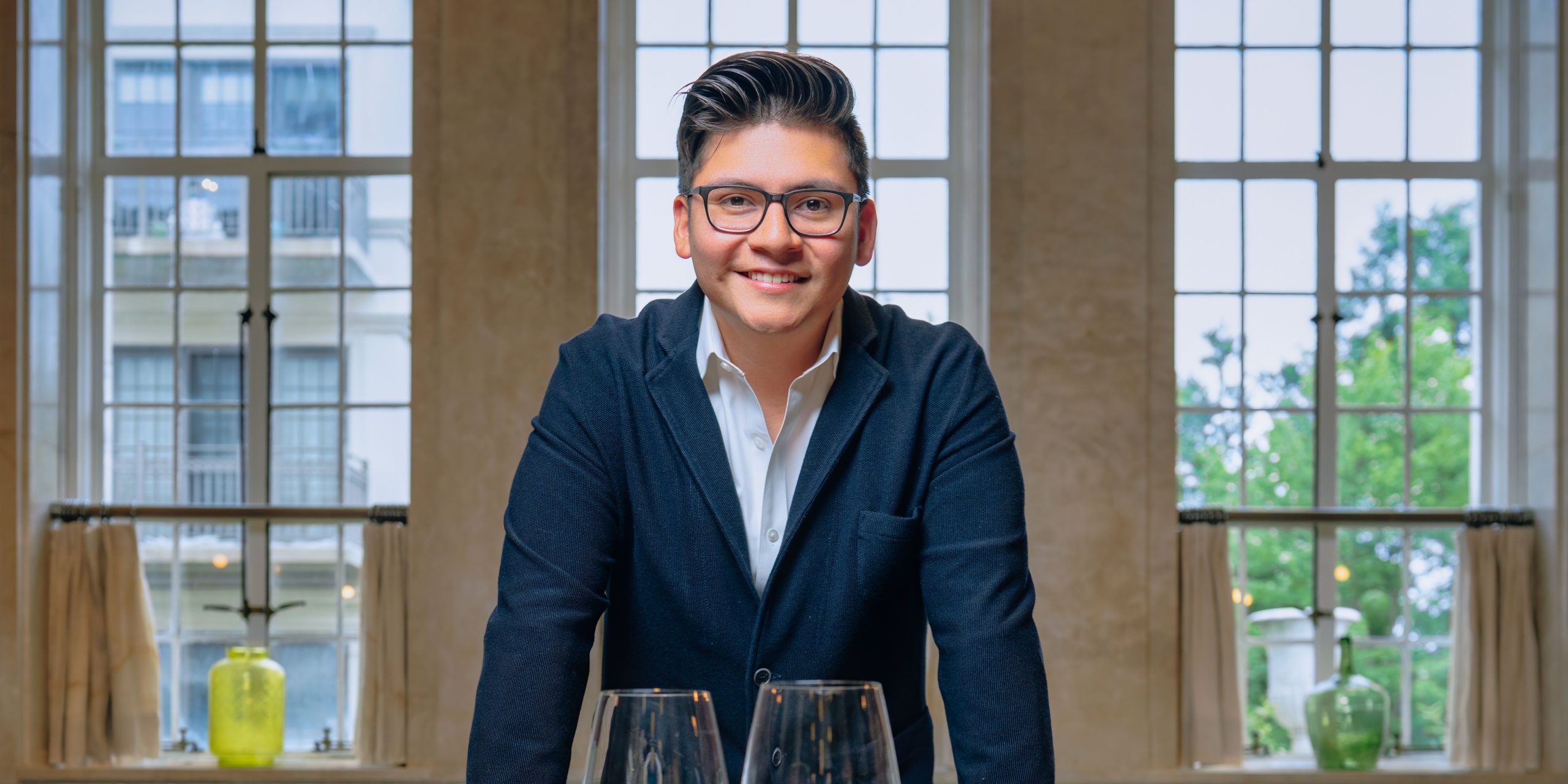 We sit down with Carlos Ruiz, aka CocktailsbyC, a hospitality veteran who has found great success on social media for his ‘dancing bartender’ persona. Now as a successful cocktail and media consultant, he has some great advice on how to build your brand as a bartender.

It’s no secret that bartending is often as much a performance skill as it is a culinary art. Bartending is about being on show, about wowing customers with your abilities to make making drinks look beautiful and easy.

It’s no wonder then that so many bartenders, cocktail makers and mixologists have ended up on social medias like Instagram and TikTok, where the visual aspect of the job can be shared well beyond the confines of the bar.

Becoming a successful bartender these days means many things. It’s becoming rarer and rarer to gain a reputation as a great bartender by just smashing it in the bar you work in. With so many excellent bartenders in the industry, going the extra mile is crucial if you want to stand out from the crowd.

Building your brand as a bartender is key. That can mean having a specific vision when it comes to your craft, it can mean taking part (and hopefully winning) competitions, or it can mean gaining a following on social media and making your presence known to the world.

We talked to Carlos Ruiz aka CocktailsbyC, one of our favourite cocktail bartenders on Instagram that we’ve been following for years. His unique approach to cocktails and bartending has gained him a healthy following online and he has used that online brand to build his bartending business into a career that many bartenders dream of.

Like many of us, Carlos fell in love with cocktail bartending as soon as he was exposed to it for the first time. For him it happened at an up-market bar and restaurant in New Jersey, his home state in the US.

“The head mixologist was behind the bar putting out all these beautiful, beautiful cocktails, and I’m like ‘this is work of art. This isn’t your typical Margarita or Cosmo. Even down to like ice, the glassware, the garnishes, it was beautiful, and it paired well with the food and I was like Damn I really need to get myself behind this bar.

Also like many of us, he wasn’t allowed behind the bar until he’d proved himself by bar-backing and bussing, with his eyes focused clearly on getting his opportunity to jump in and make drinks himself.

“I went on Youtube and started learning classic cocktails. I started buying some books, kind of just reading and teaching myself how to bartend, obviously not the skill side but more of like the recipe side and the history.”

Eventually that opportunity came when the bride and groom of a wedding party needed cocktails and no one was there to serve them except, you guessed it, Carlos. He made a Last Word and a Margarita that impressed them and his bar manager enough to give him a shot.

“I fell in love with it, it’s just awesome. I love the atmosphere, I love the hustle, I love being in the weeds, super busy, just interacting with people. It is such a cool experience and the thing is that you’re always evolving and learning, there’s so many brands out there, there’s so much history, that’s what I love about it, the education is endless.”

After an already solid career behind the bar, the era of social media dawned and so too did new opportunities for bartenders to make an even greater mark on the industry. Carlos was an early adopter but it took some time to really get going.

“I got into Instagram 9 years ago. I still remember the first cocktail I posted up, it was a funny name it was called the Panty Dropper. It was a good cocktail, really simple, just a Chocolate Martini really. I didn’t really do much with it until like 2019. That’s when I actually was like ‘you know what, I feel like people are getting famous, people are making money, people are doing something, let’s try something.”

Instagram was the perfect place to build you brand and get your unique approach to the cocktail culture out into the world. It’s not easy though, and slogging through the feeling of under-appreciation or invisibility is something every new instagram-tender is going to have to deal with.

“I started posting recipes, and more like tutorials with a voiceover and it was doing okay, but you get discouraged when you don’t see the likes, you don’t see the comments and all that stuff so it’s kind of annoying. But you can’t give up so you kinda just keep trying new things and hopefully something sticks.”

The solution came in the form of one of the most well known pieces of life advice you can get, but still one of the most powerful, “Just be yourself”. To Carlos, this meant: dancing.

“I’m a dancer, I just love dancing and having a good time, and one of my buddies said, ‘how come you can’t just dance and shake up a cocktail, you know have fun with it, show like how you are behind the bar’.

Views alone don’t mean a huge amount. It’s what you do with reach and your influence that makes the impact.

As Carlos personal brand of bartending began to build online, so too did his ability to monetise his image. Brands began seeing a bartender that not only knew his stuff, but had a growing audience that was sold on his creativity.

“I had contact with the brand teams so I kinda just wrote some emails and I’m like, ‘Hey do you have 150 bucks, 200 dollars that you could pay me and I’ll post you up on my page’, these brands have so much money you know 200 bucks is nothing.”

“I started seeing the sponsorships and all that stuff so I was like let me invest some of that money into hiring a videographer and a photographer to make my content a little bit better so I could get a little bit bigger deals.”

After some smart reinvestments in the quality of his content, the real success story began. As a huge tequila and mezcal advocate, Carlos channelled that love into showing off the celebrity bought agave spirits and those celebrities began to take notice.

“Out of nowhere these videos started getting reposted by celebrities. I had The Rock reposting my video. Aaron Paul is a big fan! I had a meeting with Aaron Paul a year and a half ago when he was launching Dos Hombres mezcal. We were all in a meeting and he was like ‘I know you, you’re CocktailsbyC’ and I was like ‘I gotta see if he follows me’ and he follows me!

Having those celebrities, I was like holy crap things are blowing up. So I took all the money I made and I was like, ‘Let me hire a publicist’, and started pushing all my videos, started pushing the CocktailsbyC brand. Then restaurants were like, ‘Do you do menus?’ So I started doing cocktail consulting and all that and I kind of tied it all into a media consultant company for food and beverage here in New Jersey.

It all started from just taking that leap of listening to my friend who said ‘go dance and do some cocktails!’”

You Have To Have The Skills To Back It Up

Creating a unique and authentic online profile is of course the main way to get recognition, attention and press for a bartender, outside of competitions (which Carlos also leaned into, winning 20+ competitions in a row).

But when that online success translates to ‘off-screen’ interactions, you need to have the cocktail crafting skills and experience to back up your ‘on-screen’ success.

“People are gonna look at your brand online, so you have to have you really have to focus on being unique and focus on portraying your actual personality on Instagram or TikTok or whatever platform your using because in the end you’re gonna have to meet them in person and if you’re a different person to who you are online it’s just not gonna work.

When you actually meet them you do have to focus on the craft. I won’t take clients that don’t want to do things the right way when it comes to cocktails, because I really care about the craft. The only reason I got into this is because I love it, I love the history and I love educating people, so I personally won’t cut corners.”

The main takeaway from all the advice Carlos has to give on building your brand as a bartender is that the name of the game is: authenticity. Being authentic means portraying a real version of yourself online, talking about what you’re truly passionate about and having the real-world experience and skills to back it all up.

“Be yourself and have fun doing this. If you really love it, you really have to love this industry to be in it. So if you don’t love it don’t do it, if you’re in it just for the money don’t do it.

You really have to be passionate about it because once you’re passionate it really makes things easier at the end and you’ll be able to make more money later on. Have fun and run with it honestly, there’s no other secret code with it.”